An open letter from the Falun Gong practitioners to the Chinese legate in Rome, Mr. Chen Nandong.

The urgent demands from a group of Falun Gong practitioners who gathered during the day at Montecitorio Plaza continued during the afternoon. The gathering took the form of a parade, beginning at the Trinit'a die Monti and moving toward the Chinese Embassy in Rome, with the goal to hand over a letter to the legate, Mr. Chen Nandong. [...] Some of the content of the letter reads as follows:

"We demand an immediate end to the killing of Falun Gong practitioners in China and request the immediate release of all incarcerated practitioners, including those Chinese who hold foreign citizenship. We further ask you to sincerely and conscientiously decide who is right and who is wrong. These perverse doings cannot escape justice; truth will surface swiftly. The dark clouds cannot forever shut out the sunlight."

The letter also points out that Falun Gong is based on Truthfulness, Compassion and Forbearance and underscores that, since the beginning of the suppression, many governments of countless nations have spoken strongly against and condemned this horrific violation of human rights.

The letter is quite clear about the fact that Falun Gong is treasured in other countries and that the governments of Canada, the United States, Australia, and Russia have issued over 600 honorary decrees for Falun Gong. Likewise, the European Parliament, Amnesty International, and other human rights organizations have condemned the human rights abuses by the Chinese government against Falun Gong. 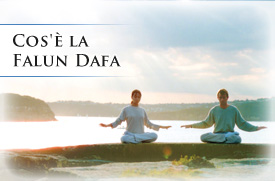